Lowe’s is coming to Palmer Ranch

Posted on January 14, 2011 by Sara Leicht, Sarasota Real Estate Agent
Lowe’s is coming to Palmer Ranch.  It was recently reported by Robin Roy, City Editor of The Observer Group, that the national home improvement store, Lowe’s will be building a store in Palmer Ranch.  Construction is scheduled to begin this May on a vacant parcel of land located on Central Sarasota Parkway, between the Bella Villino condos and the former Albertson’s supermarket.   The grand opening is planned for early next January 2012. 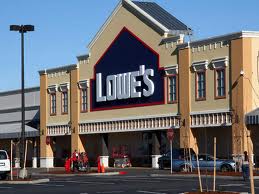 Lowe’s is coming to Palmer Ranch

The Lowe’s building that will be constructed is a 94,000 square foot building which is a change from the originally planned 153,000 square foot building.  The originally proposed building size was denied by the Sarasota County Planning Commission, because they believed it would have been too large for the 20 acre parcel of land.  Wilson Miller is the land planning company that is behind the project and has said that this project will finally be moving forward after delays caused by a sluggish economy.

Lowe’s is expected to employ about 120 people for this store location.

This will add a much needed convenience to the Palmer Ranch area.

Sara is a licensed Realtor/Owner of SaraSellsSarasota.com. She has been a realtor since 2003, having consistently ranked in the top 100 agents amongst the 3,600 real estate agents registered with the Sarasota Association of Realtors. Sara has also been awarded the "Five Star Best in Client Satisfaction Award" every year from 2009 - 2017. Sara has helped buyers and sellers with their waterfront, golf course, and family neighborhood homes and has been buying and selling properties herself for over 25 years. Known for her courteous, dependable and caring service, Sara takes pride in helping her clients in making the right choices, and is recognized by her peers and the community as a person of trust and proficiency. Sara's extensive knowledge of the Sarasota Real Estate market is derived not only from being a highly-trained and licensed sales associate of Berkshire Hathaway Florida Realty, but also from being both a Sarasota homeowner and an active real estate investor.
View all posts by Sara Leicht, Sarasota Real Estate Agent →
This entry was posted in News about Palmer Ranch and tagged Lowe's in Palmer Ranch. Bookmark the permalink.